Classic Evening Enjoyed at the Abbey 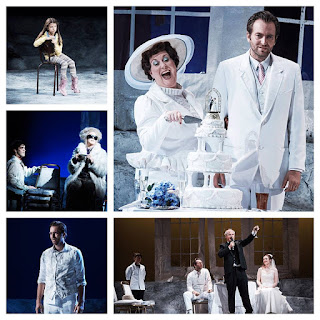 Merely a week after returning to school, a group of eager 6th Form classicists met with Mr Milofsky and Ms Browne at the Abbey Theatre to view a performance of ‘By the Bog of Cats’ by Marina Carr.

The idea of an Irish play set in the rural midlands, based on Euripides’ tragedy ‘Medea’, one of a number of Ancient Greek dramas we study as part of the Classical Studies Leaving Certificate course, intrigued the class greatly. ‘Medea’ is a hugely influential play, while also being deeply radical, which focuses on families and their internal relationships.
It particularly challenges the idea of the traditional relationship that exists between mother and child, and the role of the wife/mother – and this is echoed in ‘By the Bog of Cats’. To see these concepts from ‘Medea’ mirrored on stage was a very beneficial experience for the students, one which every one of us in attendance enjoyed.
We would like to thank Mr Milofsky and Ms Browne for organising such an enjoyable evening, and look forward to visiting the Abbey again soon for another Classics trip to enjoy a production of Wayne Jordan’s 'Oedipus'.