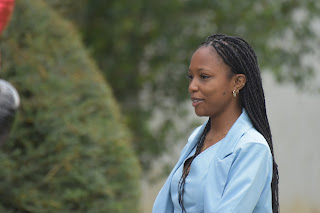 Hairstyling in Africa has been important for men and women for centuries  because it distinguishes one culture from another.  Hairstyles were used to indicate a person’s marital status, age, religion, ethnic identity, wealth, and rank in the community.  There are various styles from all over Africa and some have even crossed outside Africa to the western world and North America.  Unfortunately,  some may be almost extinct and can only be found deep in rural areas of Africa because of modernisation.   Cornrows became popular in the 1960s and 1970s because of the interest in embracing Black pride and natural hairstyles.  The name ‘cornrows’ came from how the braids were neatly lined up like the rows of crops in the fields.  In the Caribbean this style was sometimes called cane rows.  The enslaved wore cornrows as an effortless way to wear their hair during the week.  It was often styled on Sunday which was the only day off they had.  Enslaved Africans would also use cornrows as a communication code when they wanted to escape.  The number of cornrows on a person's head would let someone know certain meeting times or escape routes.  Obviously, there are many versions of cornrows in different parts of Africa and all over the world.  Cornrows date back to 3000 BC for women and the 19th Century for men.  Box braids also acted as a form of communication during the time of slavery.  It was a way for slaves to relay to one 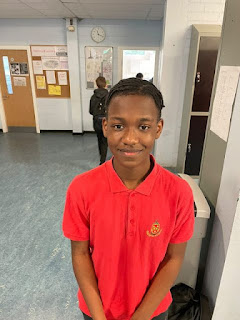 another certain paths that could be taken to escape to freedom just like cornrows.  Braids have always been an intricate and expansive style.  They were also quite expensive when it came to time and materials.  They date back to about 3500 BC.  Janet Jackson made it very popular with her debut film ‘Poetic Justice.’  Many women were inspired by how effortlessly cool her braids and simple black cap were.  Ngala is a traditional hairstyle of the Igbo people of Nigeria.  Hair extensions  can be used and adornment of Igbo beads is added for elegance.  They are used for traditional weddings, coronations and festivals.  The style sybolises pride and elegance for women.  I usually see these in Nollywood movies on the wive(s) of the Igwe (king).  Ngala actually means to do ‘guy’ (to show off) in Igbo. Amasunzu originated in the Tusi and Hutu people of Rwanda.  It is dated around 500 years ago.  This style is used to signify social and marital status.  It symbolises strength and bravery for warriors.  It is a symbol of virginity for young girls.  It is a hairstyle of class and only the traditional elite wore it. 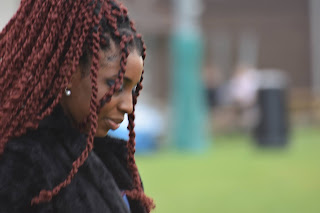 Bantu Knots originated in the Zulu people of Southern Africa.  Worn by women, they symbolise femininty and status.  Bantu means ‘people’  in over 300  languages, and it has become popular to Africans and African Americans.  The hair is parted into sections and twisted then rapped in ‘spiral’ knots.  Fulani Braids originated thousands of years ago and is known to the Fulani  people of West Africa.  They symbolise identity in Fulani Women.  It’s becoming a very popular style around the world.  Hair is parted in the middle and the side and then braided.  Accessories can also be added African Threads is a traditional African hairstyle found all over Africa.  they are native to the Yoruba people of South-west Nigeria.  Used as a protective style to straighten the hair.  Hair is sectioned and then wrapped in threads. Zulu Topknots are found in the Zulu people of Southern Africa just like the name says. They symbolise status and only worn by members of the ruling class.  Hair is gathered into knots and stretched into sections with a tie - jewellery can be worn with this.  Ochre Dreadlocks are worn by the Hamar tribe of Ethiopia and symbolise the people of the Hamar tribe.  After 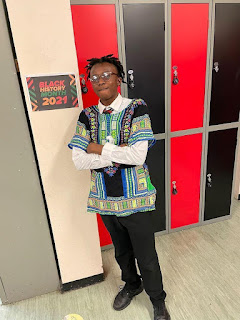 binding resin with water, they use the mixture on the sectioned hair to style it into locks.  Himba Dreadlocks are worn by the Himba Tribe of Northwest Nambia and symbolise age and life.  When a teenager enters puberty, they let the dreadlocks hang over their faces but when they are ready to get married, they reveal  their faces, just like a veil.  These locks are created by a mixture of butter, ochre and goat hair; extensions and accessories can be used.  Edamburu are worn by the Mangbetu People of Congo.  This style is used for skull elongation.  Thin braids are woven into a crown very carefully. Sahrawi Cornrows are worn by the people of Northern Africa.  One of their very few hair styles in Northern Africa because of their hair texture.  Hair is split into two sections and hair extensions are used to make the hair go down to the elbows.  Natural African Hair Types consist of 3a-4c depending on the skin tone or where you come from.
By Divine Nwamara
Posted by The High School Dublin at 08:47 No comments: